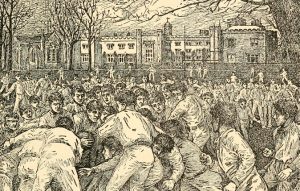 Alex Renton is a seasoned journalist, a war correspondent for the London Evening Standard who also worked for Oxfam in East Asia, a prize-winning food writer known for his campaigns and investigations and the author of a robust book about eating meat. He has got about a bit. But when, in 2013, two days after Christmas, he read a headline in the Daily Mail, ‘Boris school at the centre of probe into sexual abuse’, he says he burst into tears.

The prep school, Ashdown House, that he and Boris Johnson had attended was being investigated by police following allegations of historical child abuse. Four months later, having returned to the school for the first time, posing with his wife as prospective parents, Mr Renton wrote a long, moving article for The Observer, part personal, part dispassionate inquiry, about Ashdown House and boarding schools in general.

He had, he said, confronted his ‘demons’. But he also summoned up demons for his readers. Out of the enormous feedback he received then, this heart-breaking book has emerged.

Stiff Upper Lip is a furious, closely researched polemic against boarding school, not only against prep schools, but the ‘public’ schools for which they are ‘preparatory’. Mr Renton has talked to teachers, pupils, former pupils, child psychologists, psychotherapists, trauma and abuse experts, psycho-neurologists and writers on child development; he has even interviewed at length, and gingerly, a schoolmaster convicted of having sex with children.

As well as the harrowing testimony of his readers, he invokes eloquent antique witnesses, from Roald Dahl and C. S. Lewis to George Orwell, Winston Churchill and Lord Macaulay. He examines the ‘propaganda’ effects of school fiction, from Tom Brown’s School Days to Jennings and Harry Potter – the Rugby of Thomas Arnold codifying an ideal school of ‘hard knocks’, Hogwarts its fantastic modern version.

All is informed by Mr Renton’s own unhappy history; in a striking set piece, he makes a beating at Eton, where he bent over Swinburne’s ‘flogging block’ to be caned by the headmaster, the ‘quiet, wise’ Michael McCrum, into an appalling potted history of corporal punishment in public schools. Astonishingly, this carried on into the 1990s.

“People have always argued ‘Well, everything is different now’. Does what matters differ?”

Never mind his book’s portentous subtitle, no fee-paying parent can ignore the powerful questions Mr Renton asks. In what ways can it be good to give your child wholly into the care of strangers at the age of eight? If you disliked boarding yourself, how can you justify sending your child to board? If you loathed the school you went to, why on earth send your child there? Haven’t people always argued ‘Well, everything is different now’? Does what matters differ?

When he and I attended boarding schools, we learned, somehow, to take for granted the disabling homesickness, the feral bullying, the casual sexual abuse, the attentions of Capt Grimes (there was always a Capt Grimes). My prep-school headmaster was a genial sadist with whom my father used to play tennis in the summer holidays. Schoolboys practised living in two separate worlds at once.

Yes, a lot has changed since our day, although Mr Renton argues for much fiercer regulation. But one thing, he emphasises, hasn’t. Boarding remains boarding. Attachment theory suggests that, if you take a child from its parents at the age of seven or eight, he or she makes a substitute attachment. The school becomes the ‘brick mother’. No wonder so many boarding-school children have relationship problems in later life and no wonder so many, through thick and thin, however ghastly their schooldays, express loyalty to their old school – their ‘Alma Mater’ – until the day they die.

Stiff Upper Lip: Secrets, Crimes, and the Schooling of a Ruling Class by Alex Renton is published by Weidenfeld & Nicolson, £16.99 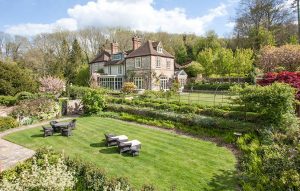 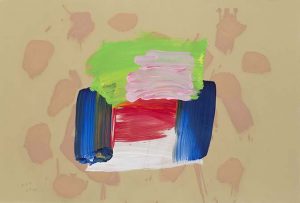 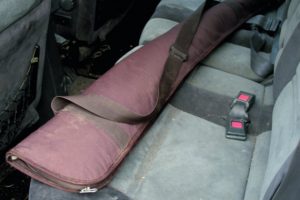 Can you leave rifles and shotguns unattended in cars?