EC Williams is partaking in a government-funded gallium recovery project

As one of the country’s leading electroplating companies, EC Williams is proud to be taking part in a project which started last month, looking into the recovery of gallium metal from LED lights. The project, named Recovery of Gallium Ionic Liquid (ReGAIL) is partly financed by Innovate UK. One of the six companies taking part, EC Williams is part of the nine-month project which began last month on the 1st November.

What is the purpose of the project?

One of the six companies taking part, EC Williams will be studying opportunities for recovering gallium metal from LED lights. Gallium is usually only recovered from offcuts and shavings, and this is the first time the high-performance semiconductor will be recovered from end-of-life components. The LED lights are going to be obtained from WEEE (Waste Electrical and Electronic Equipment). There is currently no recovery for gallium when LED lamps are being recycled, and this project is hoping to determine a method that will hopefully reduce the need for extracting raw gallium and create a circular supply chain from the recovered waste gallium.

Used in a wide range of applications, gallium is a metal element which has the widest liquid element temperature range than any other element. Although it is not known as a precious metal element, it has a reasonably high value of approximately £2,500 per tonne – however this number can vary. The EU classifies the element as a Critical Raw Material, and its largest producer is China (attributing to around 80% of it). Used in lasers, solar cells, Radio Frequency amplifiers, wireless chargers, and light detection systems, gallium is very versatile and is predicted to be in increasing demand over the next decade as the use of electrical vehicles rises. This is as a result of the fact that it will be used in Power, Electronics and Machine Drives. One of its most common uses is in LED lamps, which currently account for around 2% of the tonnage of UK waste lamps.

Whilst LED lamps are currently only making a small percentage of lamp wastage, the timing of this new project is perfect. Put simply, it is providing the opportunity to create a sustainable solution for waste gallium before LEDs begin to take up large quantities of waste. Due to its low heat loss properties and smaller space requirements, gallium is very likely to replace silicon in the future when it comes to power system semiconductors. With this in mind, identifying ways to capture the element through recycling processes will reduce the need for raw extraction, and therefore increase the country’s supply chain efficiency. A viable solution will also decrease the chances of the UK needing to import gallium from abroad in the future.

EC Williams Ltd is delighted to be working alongside five other reputable companies on research that could truly create a more renewable, cost-effective, and environmentally-friendly process for the future of gallium extraction and the recycling of LED lamps. As a consortium of companies, we are prepared for the challenges that may be faced over the next 9 months of studies, however we are confident that we will establish success.

All the latest Business News brought to you by AIM Internet. 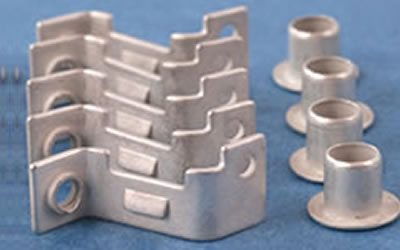 Tin Plating Process – South Crofty, A Mine Made For It

EC Williams | A Silver Plating Company You Can Rely On